Help for Patients with Hereditary Diseases 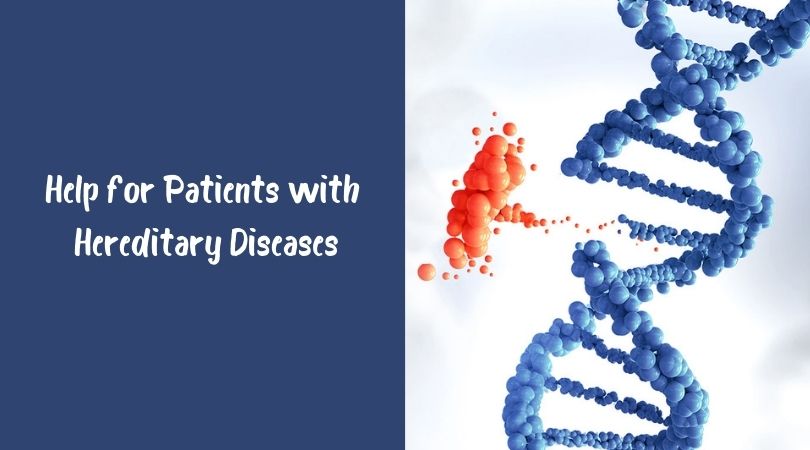 Genetic abnormalities can be genetically corrected in the cells obtained from the patient, then turned into induced pluripotent stem cells, which in turn can be injected into the diseased organism, said lead author of the study, Professor Juan Carlos Ispisua Belmonte.

Scientists have learned how to treat hereditary diseases with stem cells

For the first time, scientists have been able to completely eliminate a genetic disease using stem cells and a combination of gene therapy methods in test-tube experiments with cells from sick people. The authors of the study, published in the online version of the journal Nature, intend to bring the innovation to clinical use as soon as possible.

Scientists from Spain and Italy have devoted their work to combating Fanconi anemia, a severe hereditary blood disease, which is accompanied by a decrease in the body’s ability to resist infections and supply oxygen to cells. The disease is caused by mutations in one of the 13 genes of Fanconi anemia, often leading to bone marrow failure, leukemia and other forms of cancer. At the same time, even after bone marrow transplantation, patients remain at a high risk of developing cancer and other serious disruptions in the functioning of the body.

“It is believed that such genetic abnormalities can be genetically corrected in cells obtained from a patient, then converted into induced pluripotent stem cells, which in turn can be introduced into a diseased organism and converted into cells of the body tissue where the genetic disorder is manifested, eliminating thus a disease,” said the study’s lead author, Professor Juan Carlos Ispisua Belmonte.

This approach has already been tested in experiments on mice, but the possibility of its application for the treatment of diseases of the human body remained unproven until recently.

The researchers used skin and hair cells from several patients suffering from Fanconi anemia in their work. Scientists have corrected the genetic apparatus of these cells using gene methods based on the introduction of harmless viruses into the cells, introducing into the infected cell a “correct” copy of a particular damaged gene. After that, scientists learned to use similar viral vectors to transfer the corrected cells into the state of pluripotent stem cells.

Comparison of the cells obtained in this way showed that they are indistinguishable not only from “artificial” stem cells obtained from healthy human cells but also from embryonic stem cells.

At the same time, scientists were able to show that pluripotent cells obtained from diseased cells can easily differentiate and turn into hematopoietic progenitor cells for different types of blood cells, which cannot be produced naturally in the body of patients due to the failure of the bone marrow to function.

Thus, scientists were able to prove the possibility of using a combination of gene methods and stem cells to treat a genetic disease that cannot be treated with conventional drugs.

“Despite the fact that we have not yet cured a single patient, the healthy ‘artificial’ stem cells we received could in theory be transplanted to sick people to treat the disease,” Belmonte said.

A significant obstacle on the way to clinical trials of such a technique is the use of viruses to correct gene abnormalities, as well as to transfer cells to a pluripotent state, which can lead to the development of cancer in patients treated with this method. The efforts of the authors of the article will in the near future be aimed at overcoming these shortcomings of the method.