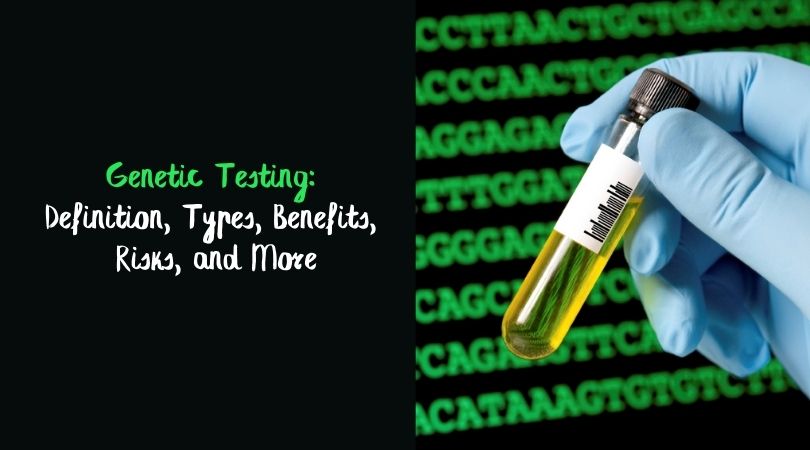 Each person is clearly distinguishable from another at the genetic level. The genetic fingerprint makes us special. Only identical twins have the same genetic code. Changes in the hereditary substance can be seen with genetic tests and can be useful, for example, in the prevention, diagnosis or treatment of diseases.

According to numerous studies, the “genetic load” of the population is 5-7%. Hereditary pathology is determined by mutations that reappear and are inherited from previous generations. Genetic burden can manifest as spontaneous abortion and infertility, stillbirth and miscarriages. Congenital malformations, Rh-conflicts, etc. are not uncommon. In the postnatal period, genetic analysis determines a predisposition to chronic somatic, neuropsychic and musculoskeletal diseases. Blindness, deafness and disability from childhood can also be inherited.

Among the medical consequences of the mutational load, an increased need for medical care, as well as a decrease in life expectancy, should be highlighted. Thanks to the development and implementation of new high-tech laboratory studies of the human genome, including with the use of microchip technologies, it became possible to determine violations of the structure of genes in all chromosomes.

What is a genetic test?

A genetic test is a DNA analysis that allows you to identify the individual characteristics of each person. For complex testing, a sample of saliva or buccal epithelium (scraping from the inside of the cheek) is most often used today. The user’s DNA is then isolated from the samples and analyzed using special equipment. Many companies conduct this saliva test using devices from the American company Illumina. These devices allow exploring over 500,000 individual snips. They are compared with information about the connection with certain signs (predisposition to diseases, reactions to drugs, metabolic features, etc.). As a result, it is possible to get detailed information about health, origin or character traits.

Diseases that may be caused by a genetic mutation

When is a genetic test done?

Genetic DNA testing is not part of the standard tests performed on patients. Usually, they are performed in the event that a hereditary relationship exists or is suspected.

Common reasons for genetic testing are:

A genetic test will help identify changes in a particular chromosome or gene that negatively affect the cellular structures of the body and are passed on to future generations.

The potential benefit of genetic research lies in the emergence of certainty about their own disease or the disease of the offspring. With the help of these studies, it is possible to make the correct diagnosis and prescribe an effective therapy or take preventive measures (if any).

Genetic screening results are personal data that constitute “biological privacy”. This information is considered confidential. Some people who have undergone genetic testing require professional support through genetic counseling to ensure that they understand its uses and values ​​correctly.

Benefits and risks of genetic testing

It can be difficult to decide whether or not to undergo genetic testing. You choose whether to get tested or not. Therefore, it is important that you discuss and understand all the information that has been provided to you to help you make a decision. It is also important that you have the opportunity to discuss with your doctor any questions or concerns you may have.

Genetic testing can be very beneficial, but there are also a significant number of risks and limitations. It is important to understand the benefits and risks before making a decision. Some of these benefits and risks are discussed below. This list is not comprehensive and not all of the issues discussed will be relevant to your specific situation. However, they may offer you some things to think about and discuss with your doctor.

Genetic research is able to provide you with accurate information about the genetic characteristics of both yours and your child. For some people, such a resolution of uncertainty is very important, even if the news received is bad. If the news is good, it can be a huge relief.

Genetic testing can help diagnose a hereditary disorder. Once a person is diagnosed with an accurate diagnosis, adequate treatment may be offered. If genetic testing shows that you have an increased risk of developing a medical condition during your lifetime (such as breast cancer), you may be offered a routine screening program to minimize your risk.

Since hereditary diseases are often transmitted within the family, information about your genetic characteristics may be useful to other family members. If your relatives know that a hereditary disease is transmitted in the family, this can help to avoid misdiagnoses and wasted time. This information can also be useful to them when planning a child.

Doing a genetic test, waiting for the results, and then receiving them can cause a wide range of different feelings, such as relief, fear, anxiety, or guilt. It is important to try to perceive both good and bad news in the context of the possible consequences for you and your family.

Even if a genetic test can confirm the diagnosis, it may be that there is no route of action or treatment for that particular disease.

In some people, gene or chromosomal changes (mutations) are not detected. This does not necessarily mean that they are absent. Some genetic changes are extremely difficult to detect with modern laboratory methods. In such cases, trying to clarify the diagnosis can be very frustrating. You should discuss this with your doctor.

For some conditions, even the identification of an altered gene or chromosome does not allow saying how difficult the disease will be in a person.

Genetic mutations are often passed down from generation to generation. Thus, the results of your genetic test may reveal the genetic information of other family members, especially their own risk of inherited disease. Will family members want to know about this?

It may be important to understand how the results of a genetic test might affect your insurance or professional employment before deepening the test.

Once a genetic study has been done and the results obtained, they cannot be changed.